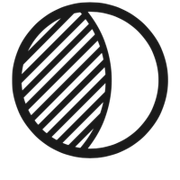 A Group of Shadow Walkers in pursuit of righting the cosmic injustice of a fixed unsetting Sun that refuses to allow the Second in creation his time in the light. The Echo Council does not directly worship Barlow but instead engages in deeds for the Barons of Twilight, the hierarchy of beings said to be under Barlow.

The Medium. Oliver Grayson. Channels the instructions of the Barons of Twilight for the Council. Performs holy rites and serves as the chief healer of maladies.

The Guardian. (Vacant) Concerned with the martial defense of the Council against enemies outside and within. This position is determined by the strongest and may be challenged by any Shadow Walker.

The Advocate. (Vacant) Concerned with the treasury, recruiting, strategy, plans and quartermaster activities.

The Shadow Walkers. Those who work with or for the council and also follow Barlow or the Barrons

The Sympathizers. Those who help advance the council through actions or financial support but do not follow Barlow or the Barons

To Contact the Echo Council leave a note at the Estvale Bank, Estvale Tavern or Blacksands Bank or send a messenger hawk to "Oliver Grayson"

Community content is available under CC-BY-SA unless otherwise noted.
Advertisement